The coastal mountain Sueve has an area of ​​8112 hectares distributed by Asturian Colunga, Caravia, Ribadesella, Parres and Piloña. These are two adjoining mountains: the Sueve, whose highest peak is the Picu Pienzu (1161 m) and the peak Fitu with the same name as the highest which is a viewpoint from which you can see a wide area both coast and inland.

One of its main Beech forests is the Viescona, as the beech forest situated at lower altitudes above sea level of the Iberian Peninsula. Notably asturcón of fauna or the Asturian pony is a breed of horse and small rustic from Asturias once prized by the Romans because of its extraordinary strength. 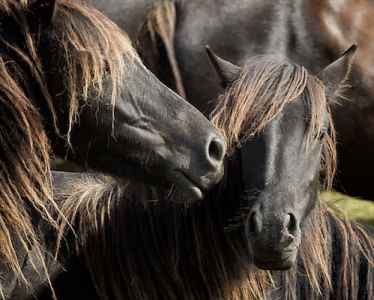 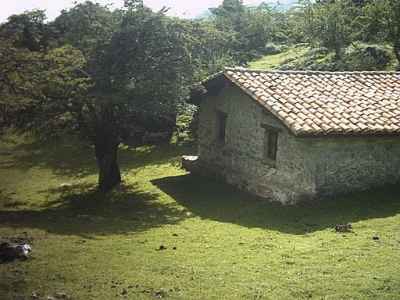 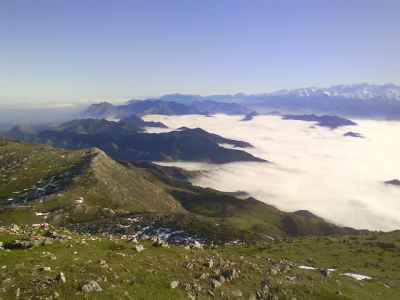 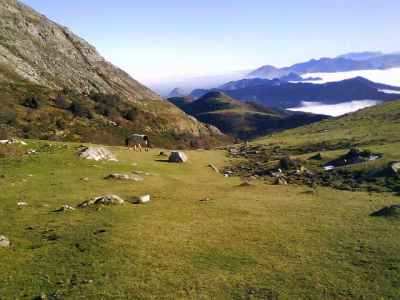 One of the most beautiful viewpoints of Asturias is the Mirador del Fito. Located in the Sierra del Sueve, you can see magnificent views of the eastern coast of Asturias and the Picos de Europa.

The viewpoint is a cement concrete structure built in 1927 and projecting the terrain and rises three feet above the ground. In this way we can get better views and can see over the tops of the trees. The viewpoint is located midway between Colunga and Arriondas.

The views from the lookout we are:

In its two sides (north and south) are held two rallies mountain. On the south side, the International Rise to Fito, who is scoring for the European Championship, Spain and Asturias Mountain and the North Face, the Mountain Championship Asturias. 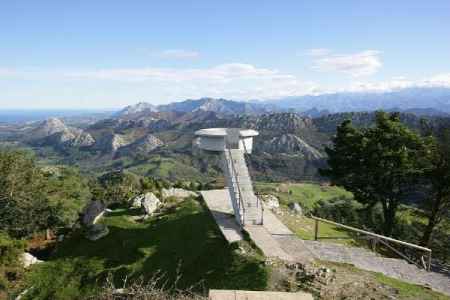 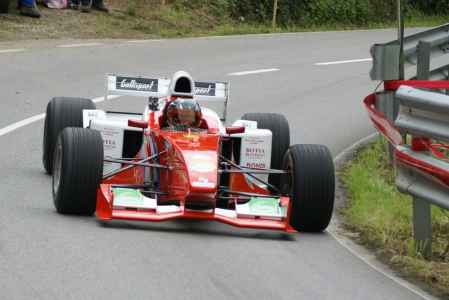 The Cuevona Water Cave (not to confuse with Ardines Cave concerning nearby cave of Tito Bustillo), is one of the few global examples of cavities through which flows a road.

The grandeur of its vaults, lit for greater satisfaction

driver and passengers, and about 300 meters long granted an unfamiliar sensation behind the wheel. It is easy to deduce that this vast cavern was always the only access to the village of Cuevas del Agua. One step above a road ran enabled by the neighbors, and that modernity and urgency communications, became the last leg of a local road that dies shortly after crossing the cave.

Retains excellent limestone formations, and is a testing ground for the little privileged that guide accompanied the Nature Room, located in the village, can start their first recognition of a medium often inaccessible. 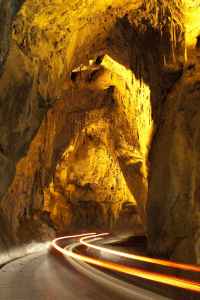 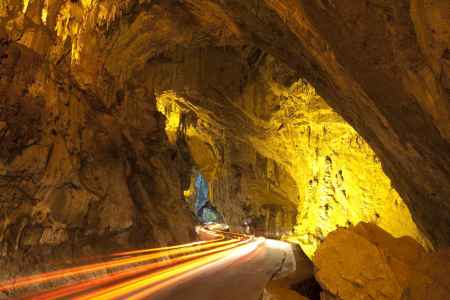 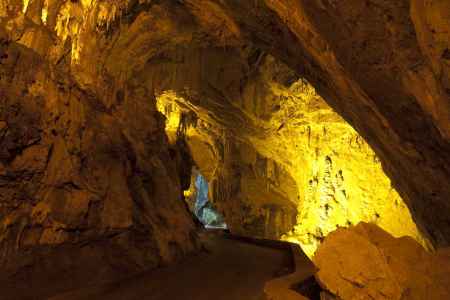 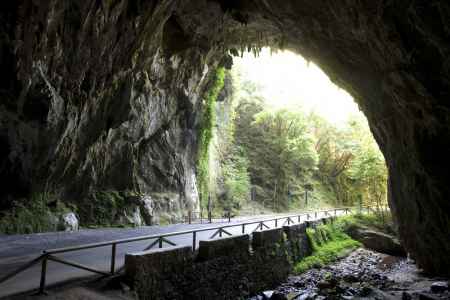 The route is circular and about 8 km long, between the people of the village of Cuevas and Santiago in Ribadesella. It is of little difficulty. Ascend the Waters of Tresmonte alongside a small stream and we get right into a very narrow, forested valley filled with flour mills.

Francisco's Mill, which is situated just below the path of the route, is kept in very good condition.

In the course of the route, on arrival at the village of Cuevas, we have to cross the spectacular Caves Cuevona to enter the village.

It is advisable to wear clothes and a complete change, raincoat, suitable footwear and some food. 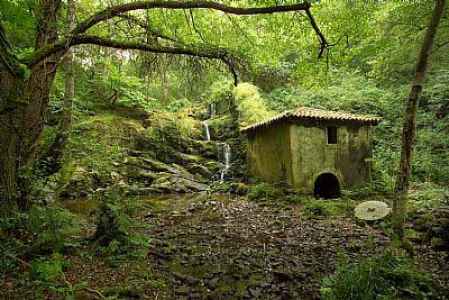 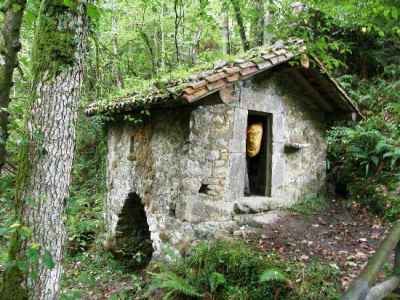 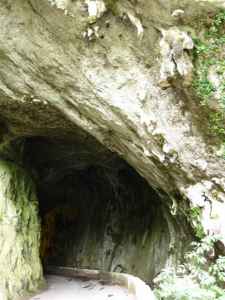 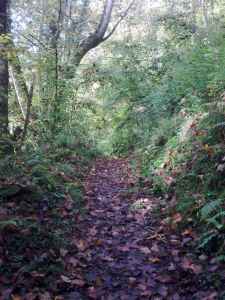 The new tourist route serves to raise awareness of the many resources that account Lastres, San Martín del Sella in fiction. Through this route, visit places known series of Antena 3, as the doctor's house, the tavern, the Lights Lighthouse Beach or The Greek among other scenarios that fans of the series will go and meet in first person.

Through this new cinematic path, visitors will tread the same scenarios as the stars of the show, Gonzalo de Castro and Natalia Verbeke, among others. For more information, www.comarcadelasidra.com 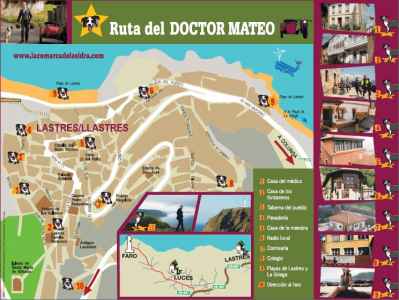 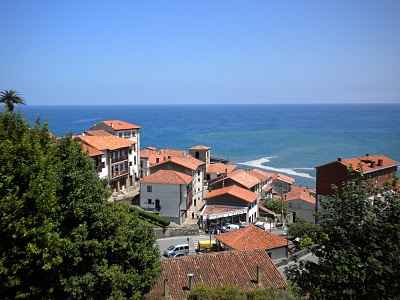 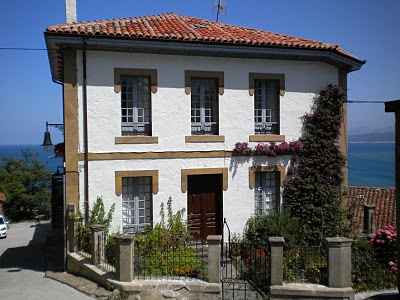 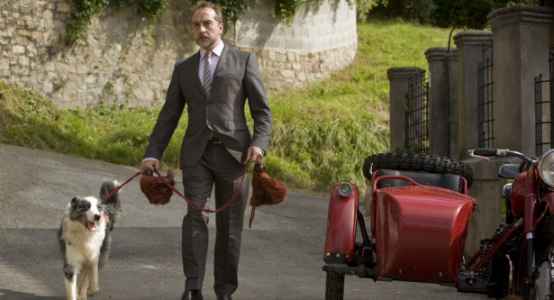 Covadonga belongs to the municipality of Cangas de Onis in Asturias. The parish is part of the National Park of the Picos de Europa. It is a shrine to the Virgin of Covadonga (La Santina), commemorating the Battle of Covadonga.

Stresses the Holy Cave where the Tabernacle Chapel with the image of the Virgin of Covadonga and the tomb of Don Pelayo. According to tradition, this place had taken refuge Don Pelayo and his men during the Battle of Covadonga.

Los Lagos de Covadonga also belong to the council of Cangas de Onis and are accessed via a 14 km road which rises in the Real Sitio de Covadonga to reach first Enol lake.

The set of Covadonga Lakes consists of two small lakes Enol and glacial Ercina located in the National Park Asturian Picos de Europa. A third lake, Bricial, which only has water during the thaw, but also in the set. In Asturias are known simply as The Lakes. 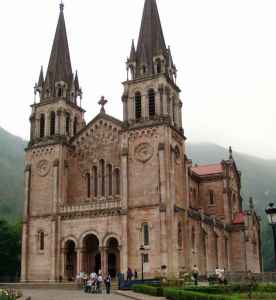 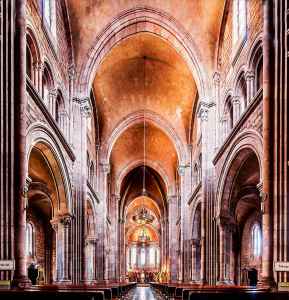 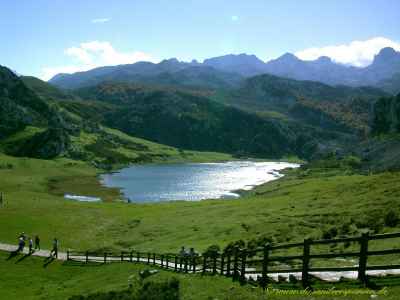 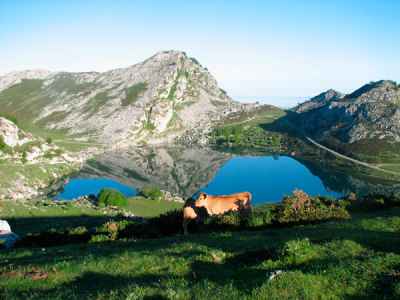 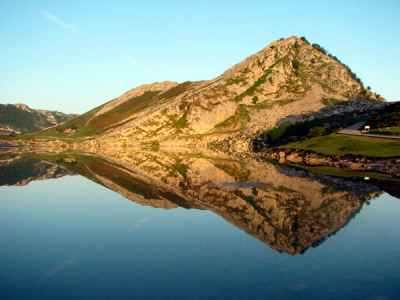 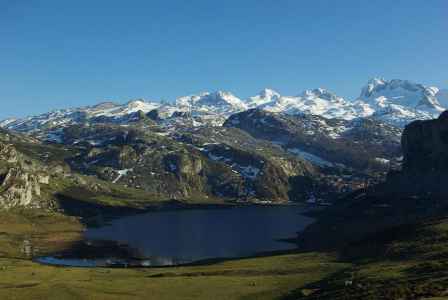 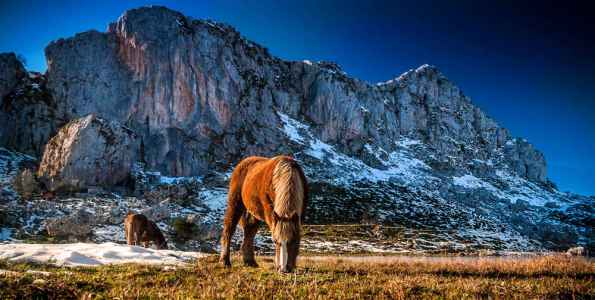 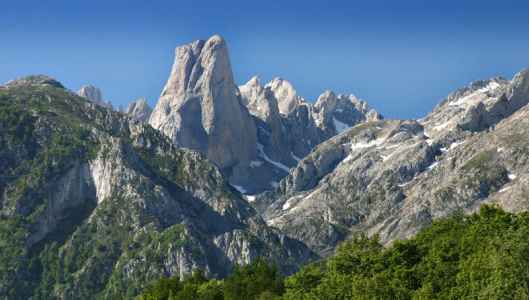 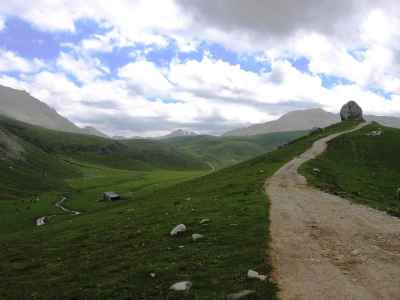 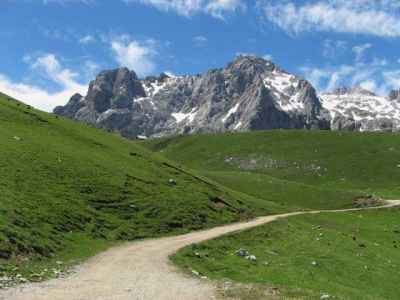