Descent of the River Sella

The Sella is held the first Saturday after August 2nd of that month between Arriondas and Ribadesella, with a distance of 20 km along the river Sella.

The test is organized by the Spanish Federation of Canoeing and delegation by the Organizing Committee of the Sella and Canoeing Federation of Asturias, and has been declared of International Tourist Interest.

Around Sella decline has been held the "Festival of Canoes," declared International Tourist Festival, Friday night and Saturday night Arriondas Ribadesella, which are taken by campers and visitors from all over Spain and abroad and its cities are cut off to traffic and taken by people.

FEVE puts that day available to fans the "River Train" that starting from Arriondas makes a route parallel to the river where the race takes place with stops at various points to be able to go down to look closely at the race. 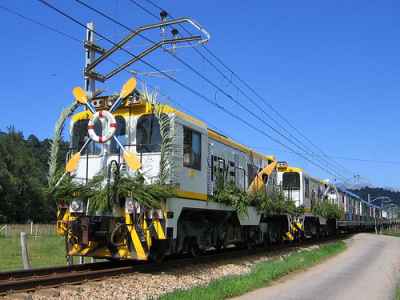 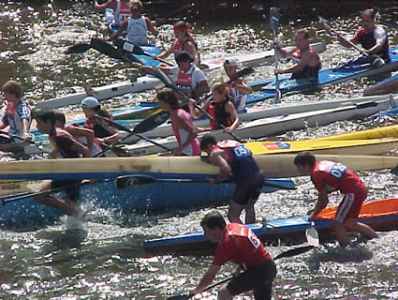